An outstanding mystery in the Jungle Rhythnms dataset was resolved today. Although the protocol used has been largely uncovered some of the notations, and their meaning, in the summary tables remained unresolved. In particular the crosshatched lines were a source of uncertainty. Were they faulty markings, or valid observations?

This confirms that these crosshatched lines are leaf turnover events of semi-deciduous trees rather than faulty notations. 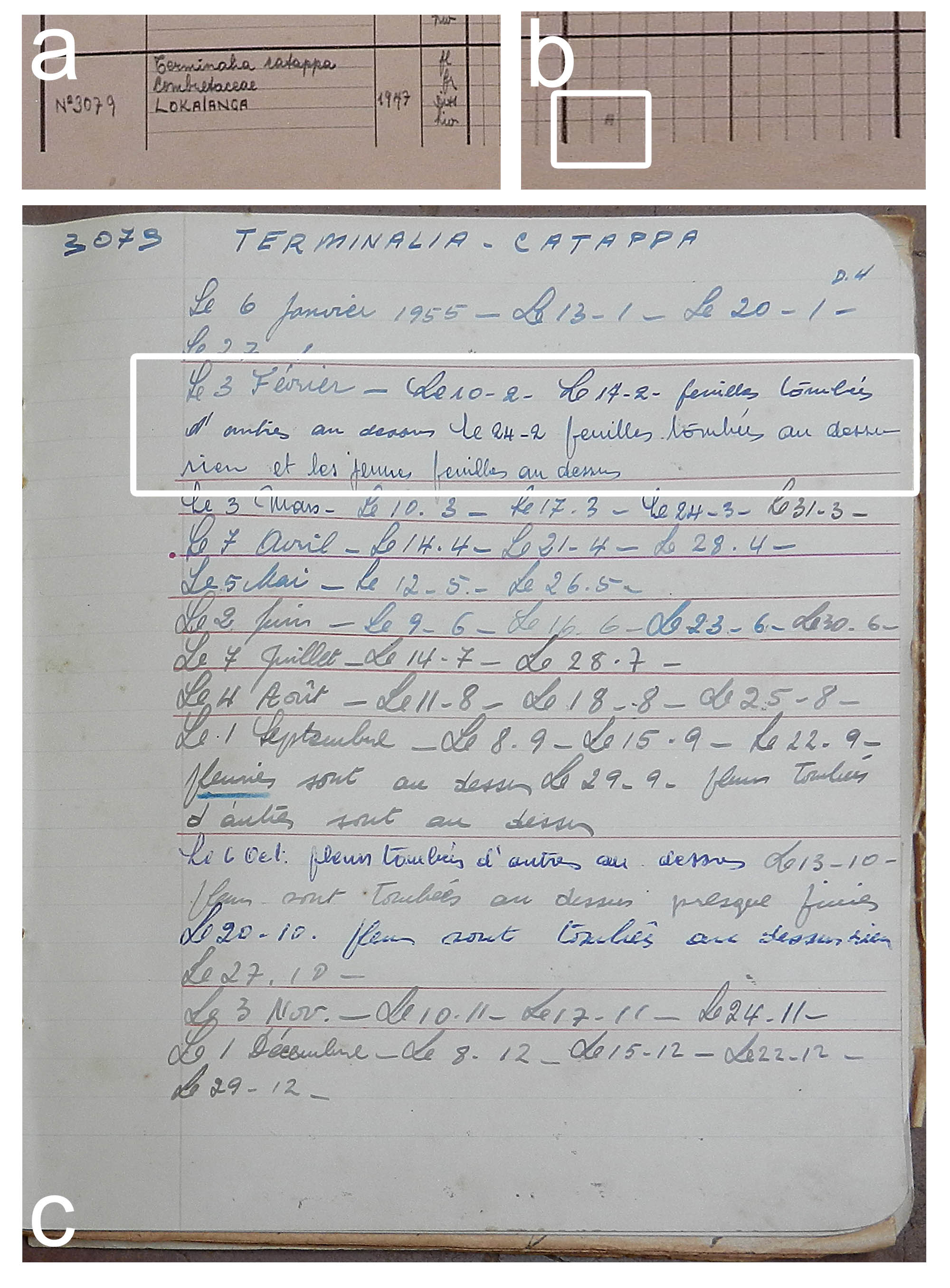